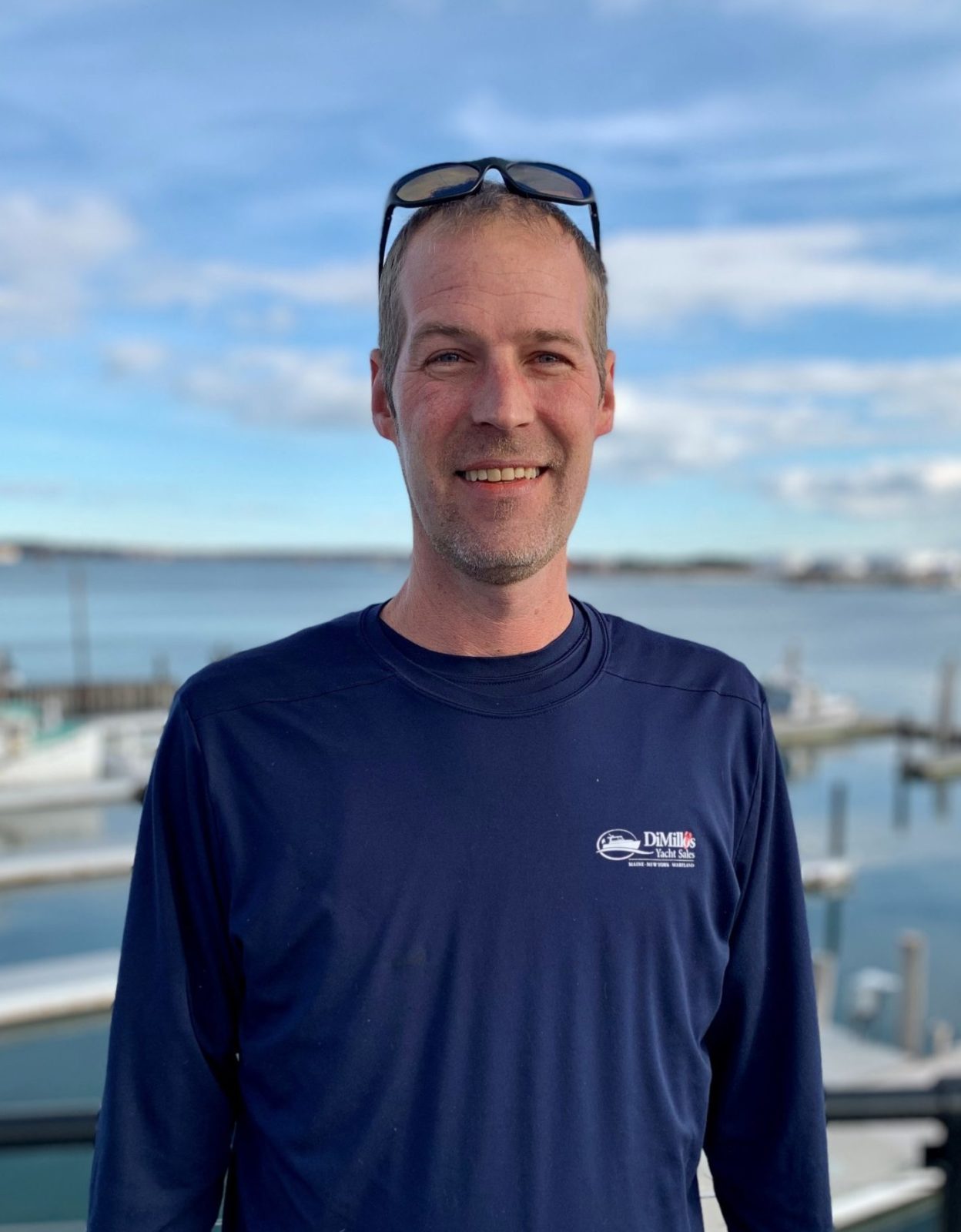 Dave Gaddis has been a service technician at DiMillo’s for nine years and has recently added Freeport Operations Coordinator to his title!
Dave grew up in West Hartford, CT. During his childhood, Dave and his family would vacation in Brunswick, Maine, where he was introduced to the water. He learned about rowing, sailing, and powerboating at a young age and loved it! After the summer of 2004, Dave decided not to return to Connecticut but made Maine his new home.

Dave began his career in Maine working for a small local detailing company that worked at various boatyards around the Brunswick area. Dave enjoyed the work however, longed for a non-seasonal position. An opportunity arose at Brewers South Freeport Marine and Dave became their head detailer, shrink wrapper, and boat mover for over six years. During that time, Dave got married and welcomed two boys to his family.

In the spring of 2013, the opportunity at DiMillo’s Yacht Sales came about and Dave looked forward to working on and getting to know Sabre and Back Cove Yachts. He takes great pride in his work and enjoys handing new and brokerage vessels over to their owners, making sure they are in pristine shape.

In addition to being a service technician, Dave is also the Freeport Operations Coordinator, where he is responsible for looking after our facility and yard in Freeport, Maine, as well as coordinating with various contractors.