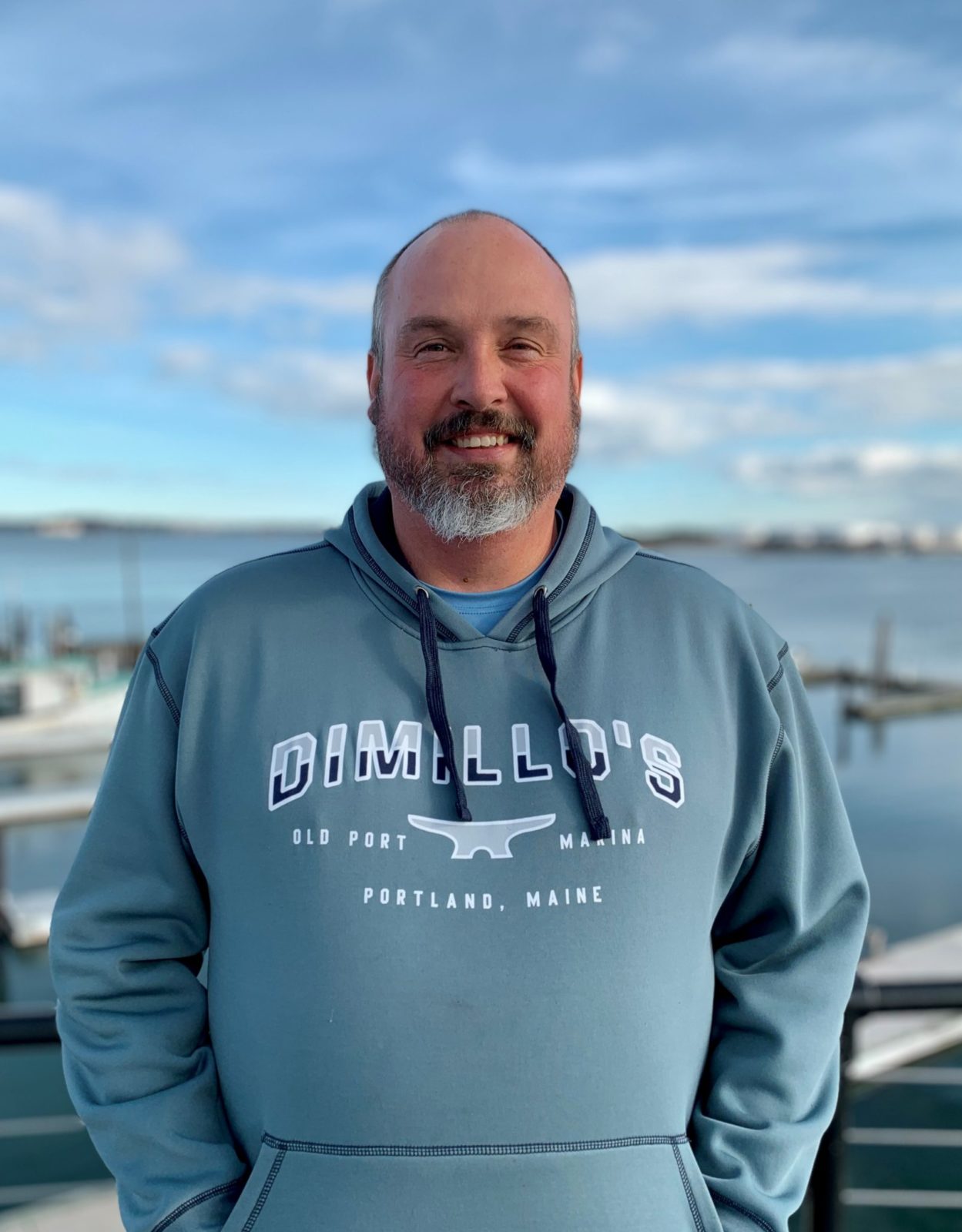 Meet Ron! Ron is Maine service team’s Yard Foreman and has been with DiMillo’s since 2006!

Ron grew up in the Lewiston/Auburn area of Maine. After he graduated high school, he continued his education and received a certificate in Electromechanical Technology. In 1998, Ron decided that he wanted a new career and received a job at Sabre Yachts in Raymond, Maine. Ron worked at Sabre for seven years gaining experience as a gel coat repair technician, mechanic and electrician. Following Sabre, Ron worked at Hamlin’s Marine as a service technician which gave him the opportunity to work on smaller gas boats and broaden his marine knowledge. In 2003 Ron starting working with DiMillo’s Yacht Sales as a subcontractor. Three years later Ron officially joined the DiMillo’s team and has been utilizing the skills that he learned over the many years in the industry. Ron’s extensive knowledge is a huge benefit to our service clients and Ron is always looking forward to the next challenging task that comes his way!

When Ron is not fixing boats, he enjoys spending time with his two kids, water skiing, snowmobiling, and hockey.