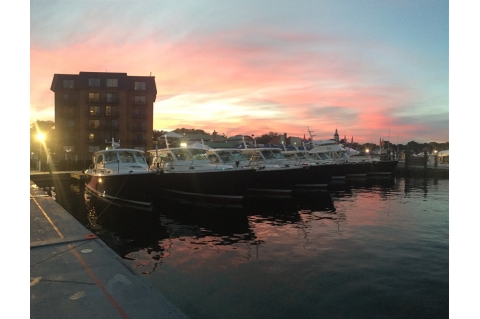 That’s right! It’s go time for the DiMillo ‘s Maryland team moving into the United States Power Boat Show in Annapolis which opens on Thursday and runs through Sunday.  We have got an incredible lineup and cannot wait to show it off.   The team has taken some wonderful photos of the first wave of move-ins.  Please enjoy!

Boats On Display at the New Boat Show:

Boats On Display at Brokerage Cove: