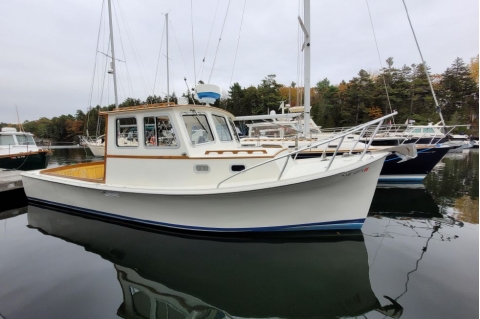 Just Listed! 1996 Webbers Cove Downeast 29, Donna Marie, is available for sale for the very first time! This beautiful 29′ Webbers Cove designed by Spencer Lincoln was built by the original owner, the hull and deck were built by Webbers cove and shipped to Strout point boatyard in South Freeport Maine where she was finished. The owner wanted a  Lobster boat to use as a day boat for friends and family but also for the occasional weekend over night trips.