Come One, Come All – Newport is now open! 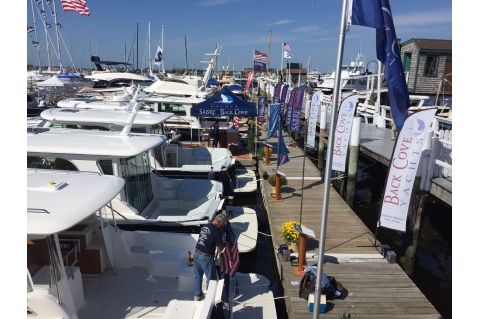 The boats have been primped and pressed and the gates are now OPEN at Newport 2016.  Make sure you stop by to see the DiMillo’s Yacht Sales team.  Yacht Brokers – Chris, Peter, Scott, Jim, Mike, Dave, Brad, Brett & Jim R are on the docks and ready to give you a tour of these amazing vessels we are proud to represent.  You can find us at the Brokerage Show, the Sabre & Back Cove booth, the Coastal Craft 45 and the Southport booth.

For the full lineup we have at the new boat show:

The Brokerage Show line up is:

We look forward to catching up with old friends and meeting some new ones!